Marc Althen at Penske Logistics - Leading by Example and Empowerment

A great article about a great leader titled "Leading by Example and Empowerment".  Congratulations to Marc Althen.. .well deserved 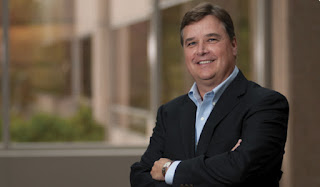 Posted by logisticsexpert at 5:00 PM No comments:

OK, I am late to the party on this one, sorry but when I read it I thought I had to write, albeit, late.  The Cass Freight Index Report from September had virtually no good news in it.  The best thing they had to say was (actual quote), "... the YoY contraction [in expenditures] appeared to be less bad [than August]".  When all you can say is "It is not as bad as last month", you know it is bad.

On To the Numbers:


And the industrial recession is on.  I think they rightfully state that the culprit may be the contraction in inventories.  I have written many times about the growth in inventory relative to sales and I think companies have realized they need to get rid of those inventories.  This means most product is already here and in the warehouses / stores and this reduces the need for transportation immensely. Why buy new product when you are so dramatically overstocked.

This graph, from CASS, tells the story that destocking, while slowing down, is still a drag on the economy.  CASS says they are continuing to be concerned about too many autos, elevated inventory relative to sales and the fact that the consumer has not really dove in with both feet (or open wallet).

Now, the key issue will be whether the Fed increases interest rates in December as everyone expects them to.  That will be a real problem as the economy, even if you think it is good, is truly running on just about one cylinder.

What does this mean for shippers and providers:

I think the data is clear, and has been for at least two years now, and it is telling us that the shippers are in control (especially in ocean freight) and will be for the foreseeable future.  Of course, this is nothing to write home about as this means the economy is soft.  However, if you are shipping and you have a nice business you should take advantage of these soft times.  Believe me, when it swings, you better duck.  And, as all my readers know, you will not get benefit because you overpaid in a slow environment.

An Update on Drones and Drone Delivery

I wrote about Drones first in February of 2013 after watching a Nova episode called "Rise of the drones".  This was almost a full year before the infamous Jeff Bezos 60 minutes episode where he somewhat stunned the world discussing using drones as delivery vehicles.  In one way we have come a long way and in another, it is amazing how slow it has taken to commercialize this.

Two updates to report.  First, at the CSCMP Annual Conference I was able to attend the "Educators Conference" and watched a great presentation by Professor Dr. James Campbell, Professor and Chair, Logistics & Operations Management Department,  College of Business Administration, University of Missouri - St. Louis.  He discussed the use of the "Truck - Drone" hybrid which entails trucks moving to central locations with product.  At that location, the drones would be launched and conduct deliveries.  A fascinating topic which made more sense as things such as battery life and laws about flying out of vision will make launching them from central DCs almost impossible for the near term.

He also had a nice graph showing the cost per delivery and Amazon can get this cost down to $1.00 per package.  That is amazing.  There was a lot more in the presentation and it is clear thought leaders such as Dr. Campbell are making large strides.

Second, I checked in on Missy Cummings who, in 2013 was the star of the Nova episode. Remember, she was one of the first F/18 pilots for the US Navy and a graduate of the US Naval Academy.  She now runs HAL - The Human Autonomy Lab at Duke.  She continues to study the use of bigger and bigger drones and believes these will be used for delivery.  She also has an interesting twist (See video below) on the human interaction of drones.  That is becoming the topic as the technology is no longer "futuristic" but rather it is known and can be implemented.  The question is how will we interact with drones.

If you have not seen the original NOVA episode, even though it is 3 years old, you really should watch it (Below).  I have also included a recent speech Missy made.  She is truly brilliant in this field.


PBS NOVA - Rise of the Drones
Posted by logisticsexpert at 7:26 PM No comments: